Other ways to listen

Midtempo is an automated radio station, managed by a sophisticated AI that selects the next track based on what it thinks will sound best.

It analyses the harmonics at the end of the current song – key, intensity, instrumentation, ending style – and looks for another to follow gracefully, either blending or sequencing, so you barely notice the transition. It doesn't get it right all of the time, but it's getting there.

Unlike other streaming platforms, there's no tracking, advertising, or harvesting your data. The focus is purely on improving the AI's selection skills.

Telling you all about the recent changes is, apparently, too dull for a newsletter. Instead, let me explain why I don't want to know whether you're here...

“I want to create [...] without fear of judgement, pressure, or demand. Midtempo is not a commercial product, and I've no intention of making it so. Today's audience figures, and whether that's more or fewer listeners than yesterday, serve no purpose other than as an anxiety-inducing distraction.

Midtempo, the station and the underlying technology, is a non-commercial project. My name is Chris, I write code for a living, and I used to work in radio and with music festivals. This place is a mix of what I do and love. 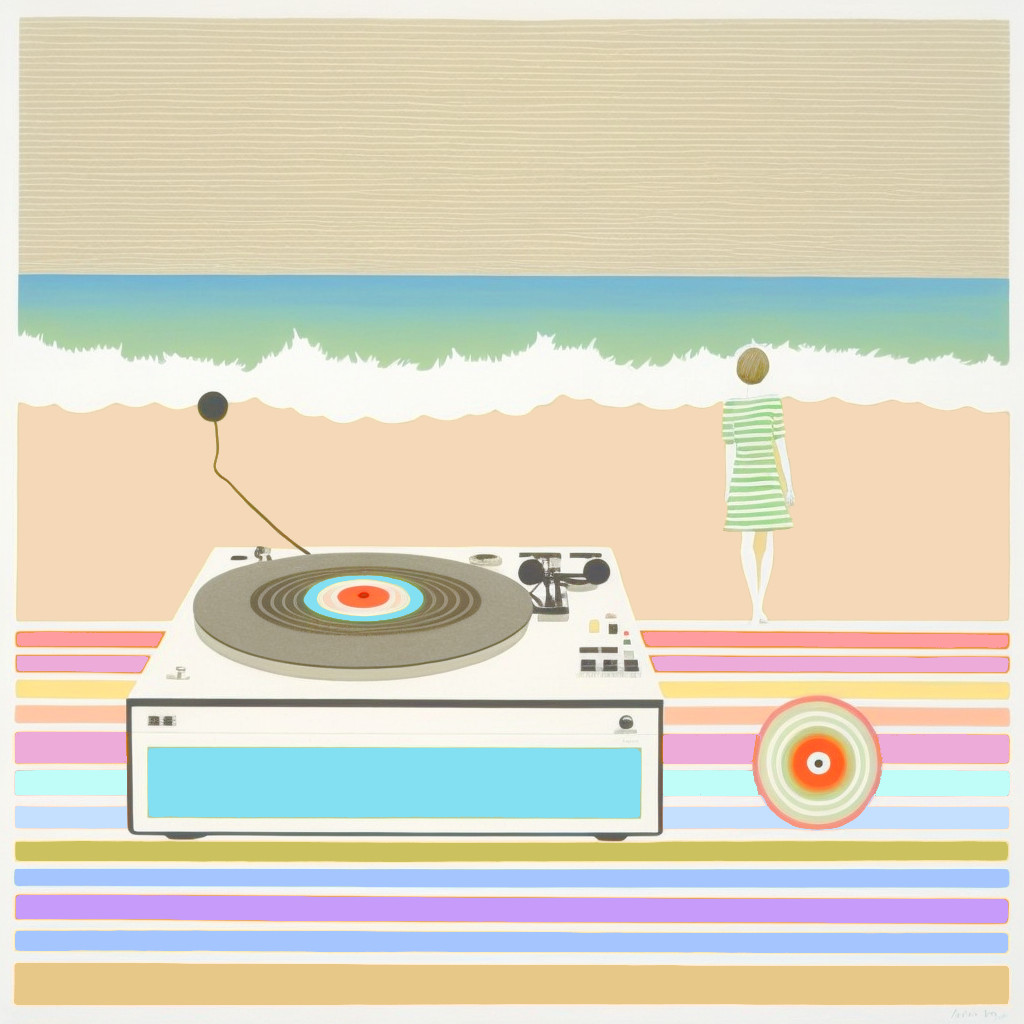 The station is built to be...

Autonomous – broadcast constantly, without fail, and without oversight.

Elegant – sound like it is carefully curated by a great DJ with a deep understanding of the music they play. It should flow, evolve, and sound both professional and effortless.

Unpredictable – no discernible patterns or awareness of what may play next. That means selections have to happen real-time (so no advance scheduling) with carefully balanced rules; great sounding choices yet relaxed enough for surprises.

Midtempo has been the name of a few online and offline projects of mine, all the way back to '95. It fits as a description of the music style too – I was always more comfortable as a Sunday-afternoon dj. Blues, electronic, ambient, soul, hip-hop, swing, folk, dub, R&B, psychedelia, jazz, funk, reggae... if you're here for the music, hello.

The station is free of ads and sponsorship. The development – server costs, music license fees, bandwidth – is mostly self-funded. I'm conscious that the costs rise as the audience develops so, if you find yourself listening for any length of time, your financial support is most welcome.

The Midtempo platform was created from scratch. There are a couple of code libraries to help with some heavy lifting, and a few external resources to add depth, but the rest is hand-built.

The goal of the technology is to automate the selection and blending of tracks:

The AI should move from genre to genre – 1930's Swing to Modern Electronica – gracefully, as though everything was planned in advance. It should consider what has played before, how long ago the track/artist played and how often each potential combination has been together, then throw in a little chaos to keep things fresh. It should automatically find and insert album covers and artist biographies. The only manual process should be uploading the song, the system must manage everything from there.

Midtempo has no user tracking, no Google Analytics, and no visitor metrics. The focus is how it might work, rather than whether there is an audience.

Manipulating an audio file after it has started streaming, real-time, is either really expensive, or requires someone poking things in the dark with a stick until something happens. Midtempo is very much the latter – what you're listening to has evolved from months of manual track processing and years of code development.

The management and the broadcast systems are separate in case it grows beyond one station (old developer habits, rather than a goal). This structure enables near-continuous improvements to the code and the AI without interrupting the music – everything happens elegantly in the background.

There is total visibility over the AI, with a "Producer's Dashboard" providing real-time track and algorithm control. Every decision can be reviewed, understood, and adjusted so that each iteration improves.

The next goal is to further automate track analysis, which should speed up the time required to get each song uploaded. Which means it will be easier to add more music. Which means I hopefully won't get tired of the current library so quickly...

Please, follow on social media and/or get in touch if you've questions... oh, and any support is most welcome!

What I want to happen

I tried to get dynamic volumes to work server-side (Python and Java), failed, then employed a team of Python developers in India to try. They failed too. Eventually realised that I am adjusting volume in the browser (for the management system), so the broadcast solution uses this approach too...

Chris: Can you read over my update with your editor's eyes?

Partner: Um, I find this quite hard to read. Is your audience full of geeks?

Chris: [long pause]. That's not really the point. I don't even want to think about that. I want to write something I like reading, publish it, and hope that nobody else ever reads it. I want to stand on the stage, be eloquent and clever, then step off and be invisible.
Look at me! Don't look at me!

While I enjoy writing, I dislike publishing. It sends my little brain into a spin. And I struggle with those 240-character posts as much as these long-form updates, so apologies for the silence.

The radio system is, however, slowly moving forward. Maybe not the pace or direction intended, but still, forward.

After the re/launch in July, I stepped away for a month, busy with work, school holidays, and the occasional music festival. It gave me time to think about the station's purpose - what I want from it and, more importantly, what I don't want.

And what I don't want is a visible audience.

I want to create this thing because it's what I love, without fear of judgement, pressure, or demand. Midtempo is not a commercial product, and I've no intention of making it so. Today's audience figures, and whether that's more or fewer listeners than yesterday, serve no purpose other than as an anxiety-inducing distraction.

The music isn't for everyone - it's my taste, my history - but I want everyone to listen, I want the world to appreciate at least the concept of it. It's public because I think it's good enough to share - I just don't want to know whether you're listening.

So, over the last couple of months, I have stripped out the analytics - no more visitor numbers or metrics. I will only be told if the server struggles to cope with too many people here at the same time [I haven't]. Now the only thing stored is "total hours listened", purely to pay the correct streaming licence.

I rebuilt the website, rewrote the content, leaned into geek-me about what I'm trying to do, and dropped the "building an audience" mindset. In that direction, for me, dragons lie.

I've redone the player too, from scratch, fixing issues that [I've been told] are too dull to describe in detail. It's much better now.

[Eleven paragraphs, that was. Edited down to four sentences. Eleven!]

If anyone does stumble across the station, I want them to return. I want the station to sound great, look great, and work perfectly. I want people to visit and stay, but I don't want to know they exist or make overt efforts to retain them.

Thanks for not being here ;)

Other Ways to Listen

Sonos Users: If you’ve not connected TuneIn yet, learn how to do this here.

Live happily ever after.